The Raj Times – A Revisit 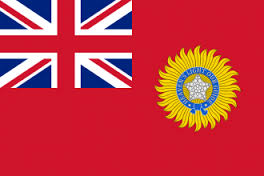 Author ,Shashi Tharoor’s  latest addition to his list of publications ,An Era of Darkness :The British Empire in India, is a collection of an eye opening analysis of how in the garb of up lifting  an  inferior and incapable race [Indians], a multinational company [East India Company ] systematically leached a vulnerable country .

Author Shashi Tharoor needs no introduction .He is an acclaimed writer and a charismatic speaker .

Colonial history of India  is well known but the book tries to bring forth the facts that contradicts the prevalent notions associated with the history of Raj.

Author mentions that India had known unification under various rulers in the past .At the beginning of the times of Empire , India had one of the highest GDP s in the world.It had its own industry ,trade and rule of law . India was an ancient land with its own brilliant history of science ,art and culture .

But at some point ,what it lacked ,was a total loss of perspective .No wonder a handful of foreigners with a promise of improved weaponry could subjugate the continent to such a pathetic state.

Author argues  that infighting and apathy of the local rulers was cited as a cause for the downfall but its also important to remember that indigenous rulers always had a more humane approach to the ruled class.The inhuman brutality of the superior race towards the Indians for so long a time is still unmatched in history .

The modernization and industrialization that was offered to India by the foreign rulers only hastened  dis empowerment and  deindustrialization  of the economy .By the end of the British era ,the subcontinent was predominantly agrarian and eventually high taxation ,natural calamities and British apathy robbed them of their lands too.

Author mentions that its not that the British media or the conscientious of the Empire saw no wrong in the whole process but the gains were so immense that each wrong was justified for its end .

Equally surprising was that it took two hundred years for  a vision of political unity ,patriotism and nationalism to take shape as somewhere down the road with the economic depression India must have experienced a moral decompensation

Its almost 70 years since India gained Independence but we are still struggling with the degradation of our moral fabric.

History always has relevance if we decide to pay heed to it .When we loose sight of common goals and common good ,the decay sets in .Complacency and silence paves way for a conditioning and  we take our first step towards the shackles.

“Where the mind is without fear and the head is held high …………….Let my country awake”  Rabindra Nath Tagore .